Travis County prides itself on being not like the rest of Texas. That makes statewide constitutional amendments an interesting litmus test: Did local residents vote the same as the rest of the state, or did they go down a different path? Statewide, all seven amendments on the Nov. 3 ballot passed and, on four of the seven, Travis County votes were basically within margin of error of those statewide results. So what were the three issues on which they distinguished themselves, by either outright rejecting the proposition, or being more than 10 points away from the state result? – Richard Whittaker 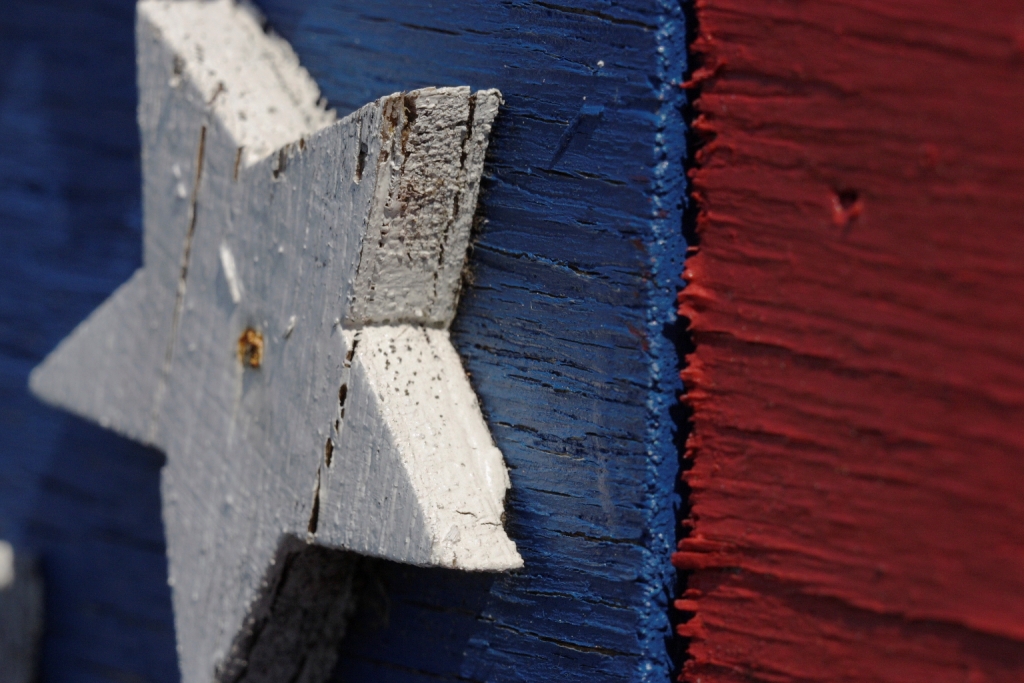 Statewide: 86% for, 14% against
Travis County: 82% for, 18% against
Same: The affordability argument won out over arguments against education spending cuts.

Statewide: 91% for, 9% against
Travis County: 86% for, 14% against
Same: Proving yet again that any measure will pass if you put the word “veteran” on it.

Prop 3: State officers no longer must reside in the capital

Statewide: 66% for, 34% against
Travis County: 45% for, 55% against
Different: If Travis voters had their way, this measure – widely seen as a way for indicted officials to pick and choose where they get prosecuted – would have been rejected. Considering how Collin County prosecutors have taken Attorney General Ken Paxton to task, those worries may be ill-founded.

Statewide: 69% for, 31% against
Travis County: 58% for, 42% against
Different: The measure that passed by the lowest percentage, as voters wondered why franchises don’t just give their foundations more cash. However, Travis voters were much more vociferous in their opposition.

Statewide: 83% for, 17% against
Travis County: 80% for, 20% against
Same: A three-point gap for a measure that most people didn’t understand anyway.

Statewide: 81% for, 19% against
Travis County: 61% for, 39% against
Different: The second biggest gap – a 20-point variance – on a measure that no one, barring gun rights paranoiacs, saw as pressing.

Statewide: 83% for, 17% against
Travis County: 74% for, 26% against
Same: Concerns about handcuffing some sales tax to road construction in perpetuity were outweighed by traffic jam blues.

How Will Prop. 1 Affect AISD?

Texans love constitutional amendments almost as much as they love tax cuts. For the second election cycle in a row, voters passed a full slate of propositions, adding seven rewrites to the Texas Constitution. Topping the list was Prop. 1, one of the state’s beloved tax cuts: an increase in thehomestead exemption from $15,000 to $25,000, which passed with 86% of the vote. Yet education advocates warn that the small savings for homeowners come at the cost of education finance, cutting taxes collected by school districts an estimated $1.2 billion next year.

Its passage seemed a foregone conclusion – so much so that Austin ISD accidentally set the homestead deduction on its online property tax calculator to the new, higher level a week early. TheTexas AFL-CIO, under advice from educators’ union Texas AFT, officially opposed Prop. 1, calling it “a case of misplaced priorities.” Yet it seemed the labor groups were spitting in the wind. Even before early voting numbers came in, Texas AFT president Louis Malfaro said, “Do I expect proposition one is going to pass? Yes I do. Did I vote for it? No, I didn’t.” He explained, “It’s a nice thing when people get $125 off their property taxes, but all the state is doing is reducing its revenue a time when it’s under-spending massively on education and health care.”

The cut was a priority issue for Repub­licans last session. Senate Finance Commit­tee Chair Jane Nelson, R-Flower Mound, filed it as Senate Bill 1 (the number normally reserved for the budget): In fact, her first draft was much more aggressive, requesting a new exemption of 25% of the statewide median market value of all residential homesteads. When asked about the change, the response from AISD Chief Financial Officer Nicole Conley via the communication office was that “school districts are not supposed to be affected.” That’s because the legislation ensures the state will initially fill the statewide reduction in school district tax receipts. However, AISD Board President Gina Hinojosa said she was “uneasy” about that promise. Malfaro warned, “The state does not have unlimited amounts of money,” and it’s still unclear where those make-whole funds will come from – presumably cuts elsewhere in the budget.

In a statement, Gov. Greg Abbott applauded the passage of Props. 1 and 7 (permanently allocating a portion of sales tax and motor vehicle tax to the general highway fund), stating, “Voters sent a clear message tonight in their support for lowering taxes and building more roads.” Malfaro countered that argument: “If our priorities are highways and tax cuts, then where does that leave us with our 5.2 million Texas school children?” – R.W. 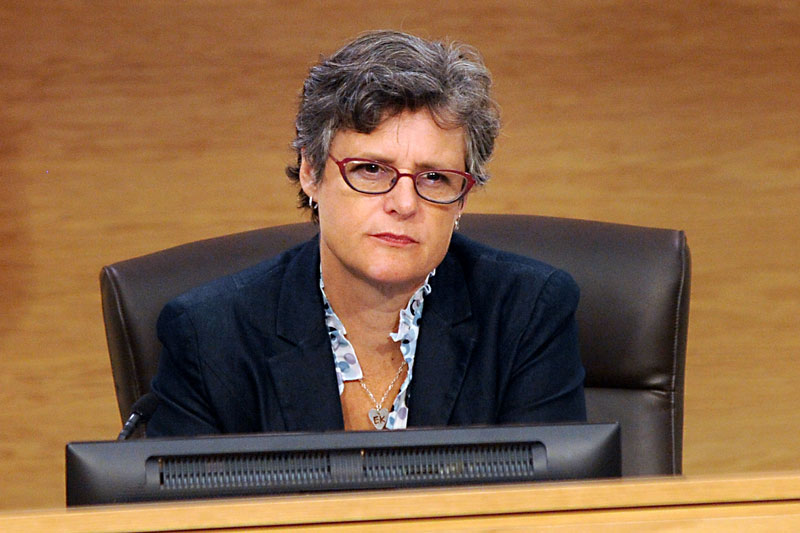 Eckhardt on Courthouse: “We Will Find a Way”

“Our next steps?” asked Travis County Judge Sarah Eckhardt late Tuesday, as she reassured the county courthouse bond campaigners still comprehending the narrow defeat that had just occurred. “We evaluate the most cost-effective, fastest way to move forward. We need this [courthouse] capacity yesterday. Justice can’t wait another three years for another bond election. So we will find a way to move forward.”

The mood among the crowd awaiting the evening’s results at the terrace above the 816 Congress building had gone from cautiously optimistic, to somber, to resolute in just a few minutes. Just before Eckhardt spoke, Judge Eric Shepperd, president of the Austin Bar Association that had led the defeated campaign, quoted Teddy Roose­velt: “It is not the critic who counts, but those who dare greatly. That’s what everybody here did. … And this is by no means through. We’re not done yet.”

Eckhardt followed with a fiery speech much in the same vein, reiterating that although it will be “politically dicey” to move forward with the courthouse project, “I know my community will show the courage to provide accessible justice to every member of our community.”

Before the evening’s disappointing outcome, the mood had been generally upbeat and cautiously optimistic. Although the early vote, posted by the County Clerk about 7:30pm, had shown the bond trailing by more than 5% (52.7-47.3%), the first election-day post had reversed that percentage (while the bond still trailed in the total vote), and the subsequent updates had steadily improved the bond’s chances.

By 9:30, about half the election day vote had been counted, and the total had shifted in favor of the bond, albeit by only 63 votes. That small margin soon grew to 210, and it looked like the bond might squeak through. But the 10pm results reversed the trend, showing the bond losing by about 900 votes out of about 70,000. The campaign team on hand acknowledged the few remaining boxes would be insufficient to reverse the tide. The clerk’s final, 10:33pm posting (still to be certified) showed 37,122 votes against the bond, 36,058 in favor: defeated by 1,064 votes.

A few minutes later, Eckhardt told those county staffers who remained, “We’ll be back in the saddle and working on this project. This is the most important thing that Travis County government delivers … a duty under our democracy to produce justice for our entire community, in a building that is fit for that calling.” Starting Monday, she continued, “We’re starting to work again on this project.”

Elsewhere, a jubilant District 6 City Council Member Don Zimmerman, who opposed the bond through his Travis County Taxpayers Union PAC, told the Austin Monitor, “You don’t see David versus Goliath victories every day.” He also credited the last-minute opposition by the board of the Real Estate Council of Austin as providing “the margin of victory.” Opponents had argued that the county should move the project out of Downtown.

Precisely what approach Commissioners Court may take in moving forward, Eck­hardt told the Chronicle, is not immediate or certain, but she said, “We’ll look at all of our options that are cost-effective.” – Michael King